Indian cuisine consists of a wide variety of regional and traditional cuisines native to the Indian subcontinent. Given the range of diversity in soil type, climate, culture, ethnic groups, and occupations, these cuisines vary substantially from each other and use locally available spices, herbs, vegetables, and fruits. Indian food is also heavily influenced by religion, in particular Hinduism, cultural choices and traditions. The cuisine is also influenced by centuries of Islamic rule, particularly the Mughal rule. Samosas and pilafs can be regarded as examples.

Historical events such as foreign invasions, trade relations, and colonialism have played a role in introducing certain foods to this country. The Columbian discovery of the New World brought a number of new vegetables and fruit to India. A number of these such as the potato, tomatoes, chillies, peanuts, and Guava have become staples in many regions of India. Indian cuisine has shaped the history of international relations; the spice trade between India and Europe was the primary catalyst for Europe's Age of Discovery. Spices were bought from India and traded around Europe and Asia. Indian cuisine has influenced other cuisines across the world, especially those from Europe (especially Britain), the Middle East, Southern African, East Africa, Southeast Asia, North America, Mauritius, Fiji, Oceania, and the Caribbean.

When a cuisine uses spices in such abundance that the meat and vegetables seem like an afterthought, you know you're dealing with cooks dedicated to flavor. There are no rules for spice usage as long as it results in something delicious. The same spice can add zest to savory and sweet dishes, or can sometimes be eaten on its own -- fennel seed is enjoyed as a breath-freshening digestive aid at the end of meals. And any country that manages to make vegetarian food taste consistently great certainly deserves some kind of Nobel prize. The regional varieties are vast. There's Goa's seafood, there's the wazwan of Kashmir and there's the coconutty richness of Kerala.

Which States Have The Best Food?(in my opinion) 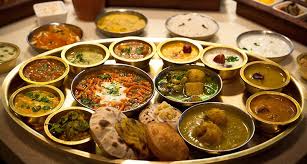 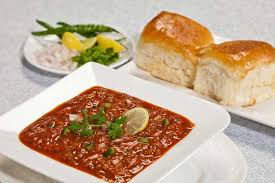 Many Indian desserts, or mithai, are fried foods made with sugar, milk or condensed milk. Ingredients and preferred types of dessert vary by region. In the eastern part of India, for example, most are based on milk products. Many are flavoured with almonds and pistachios, spiced with cardamon, nutmeg, cloves and black pepper, and decorated with nuts, or with gold or silver leaf. Popular Indian desserts include Rasogolla, gulab jamun, jalebi, laddu, penda etc.